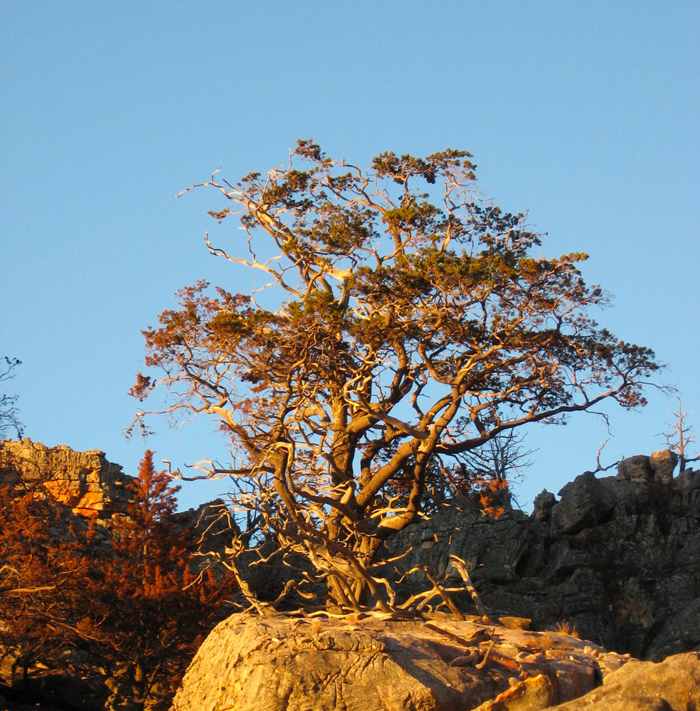 The National Veld and Forest Fire Act, (Act 101 of 1998) places specific responsibilities on the landowner from whose property the possibility exists that a fire may start and spread. The Act makes provision for the establishment of Fire Protection Associations (FPA’s). The GCFPA was registered (registration number is 985/01) in 2005 to comply with the Act.

We coordinate actions and activities to predict, prevent, manage and extinguish wildfires.

DID YOU KNOW?
The Cederberg gets its name from the Clanwilliam cedar (Widdringtonia cedarbergensis Marsh), a striking tree with fragrant timber that bursts into flames and is killed quickly when fire crosses its path. Endemic to the Cederberg, the slow-growing cedar is a rare sight today as it is on the brink of extinction after decades of unsustainable harvesting practices and the high frequency of veld fires.

To ensure that members comply with the National Veld and Forest Act (Act 101) of 1998, we offer the following services to our members: 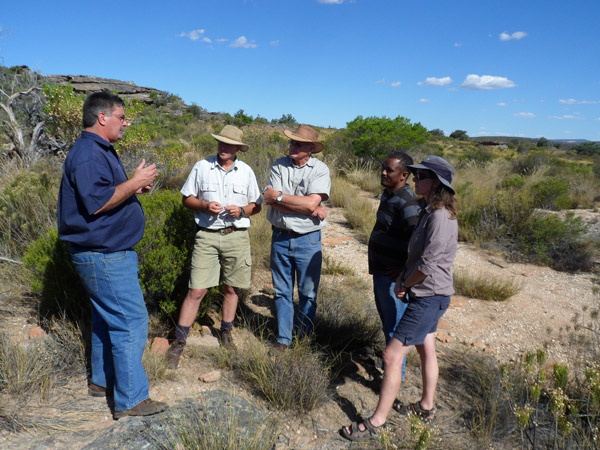 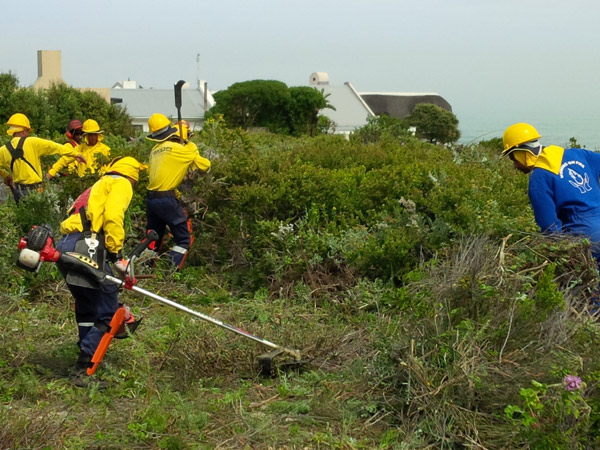 To minimise risk and to protect lives, livelihoods, property and the environment, we are actively busy in the landscape to establish fire breaks, asset protection zones, fuel reduction activities (controlled burns) and invasive alien plant species clearing operations. Trained Working on Fire teams – hosted within the GCFPA – execute this work. Our members are encouraged to use these teams to reduce the risk of wildfire on their properties, while their staff go about their day-to-day farming operations. 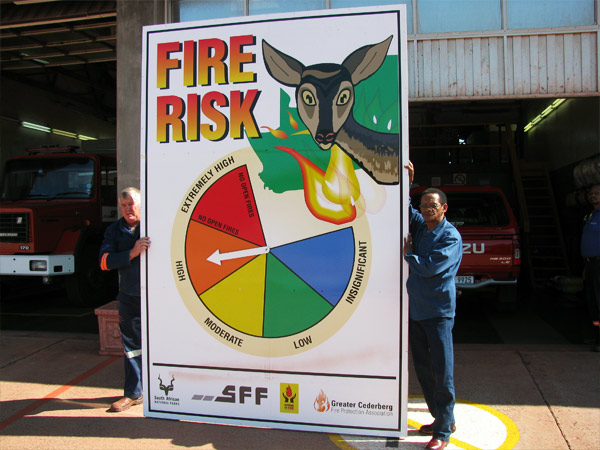 Our various partners implement fire awareness actions while we, the GCFPA, coordinate our members and their staff throughout the entire domain. Fire awareness actions include the hosting of campaigns, distribution of materials, school- and community events, articles in newspapers and the daily delivery of the Fire Danger Index to all members. We also use social media at the GCFPA to improve awareness levels in digital media. 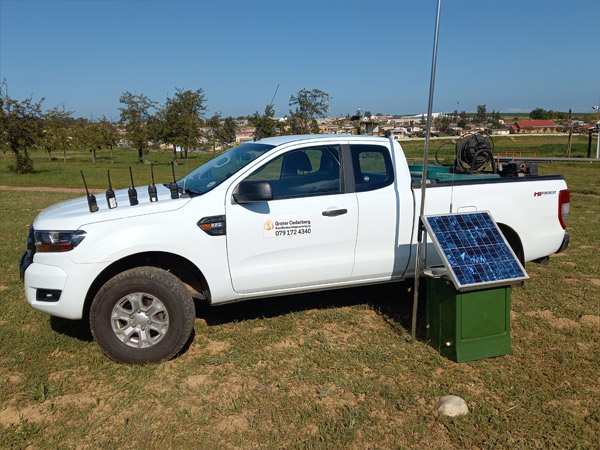 We provide specialised equipment and tools for fire suppression and other fire management activities. This is to ensure that operations can be carried out safely. It includes mobile radios, repeater, hand tools and camping equipment. Our Working on Fire teams are also fully equipped with specified personal protective clothing (PPC). Fire beaters can be obtained at our office in Porterville. 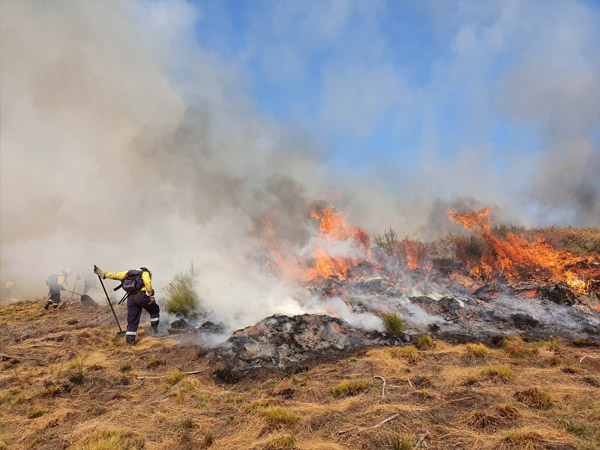 At the GCFPA we have developed, tried and tested minimum guidelines to help prevent damage to our members’ assets. Fuel reduction activities include the establishment of fire breaks, engaging and supporting prescribed burns and clearing invasive alien plant species. 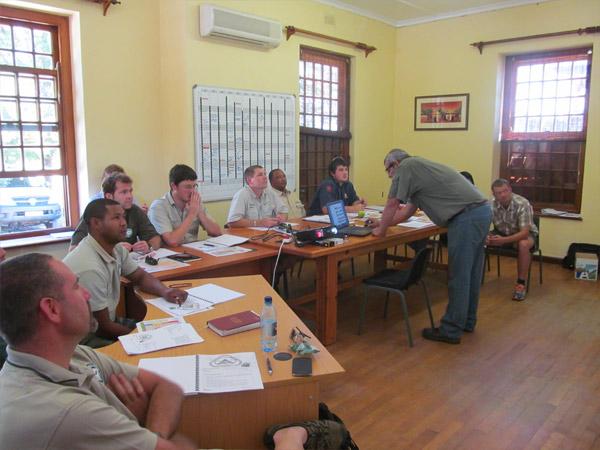 Coordinate and initiate training opportunities to our staff, members and their staff, although members will be responsible for payments, the GCFPA will provide all the logistical arrangements for such events. 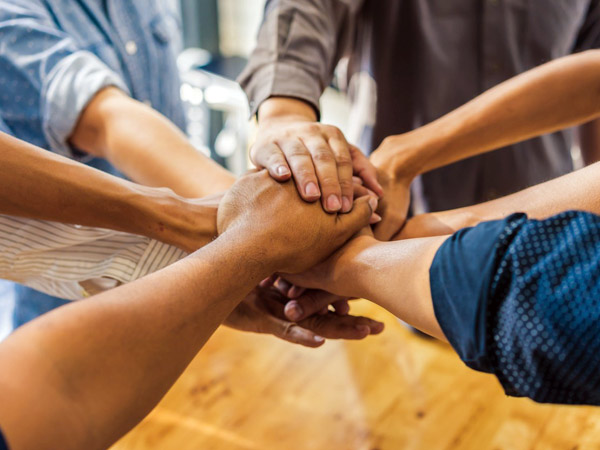 Partnerships are vital in assuring our ability to implement Integrated Fire Management in the landscape and to ensure long term financial sustainability. The maintenance of collaborative relationships with various institutions and organisations is, therefore, a pivotal aspect to sustain our services. 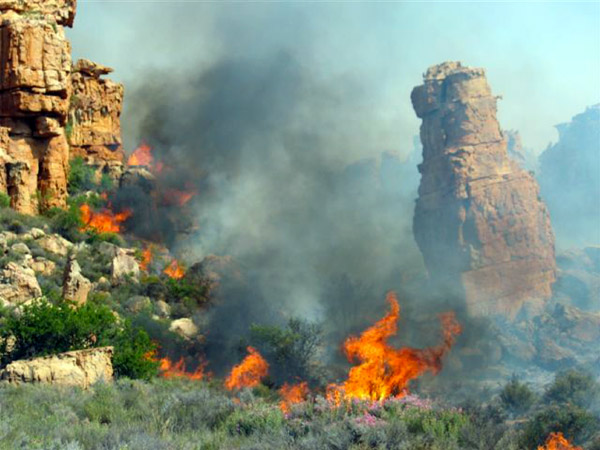 Our GCFPA team compiles Integrated Fire Management Plans for our each fire management unit as well as for private properties within our domain. These plans focus on fire readiness, fuel reduction and risk mitigation. It provides the owner with a focus and priority approach to fire management on his/her property. Fire Management Plans are also used to obtain exemption from the Minister, to establish fire breaks on property boundaries, where needed. 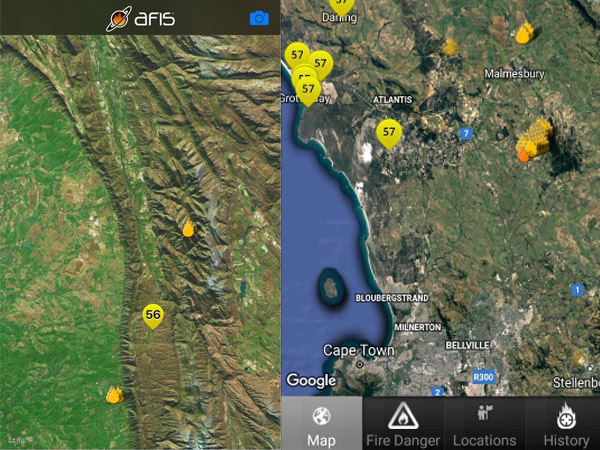 With the use of the AFIS system, early fire detection enables the authorities to respond immediately,  to contain the fire within the “Golden hour”. This can prevent the spread of a fire that could arguably become a so-called mega-fire. 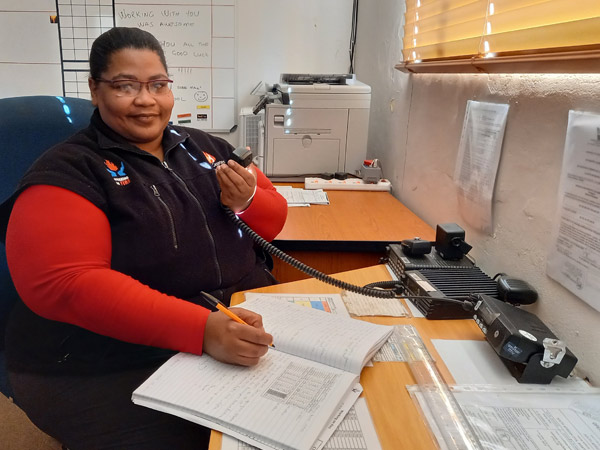 The dispatch and coordination of aerial and ground resources takes place in partnership with Working on Fire’s Dispatch Centre in Porterville. We ensure professional coordination and dispatching of resources to our members when needed. 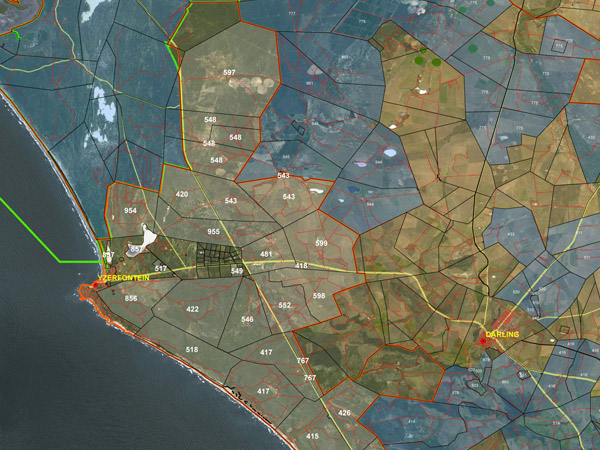 With Geographic Information System (or GIS)-based mapping, the data management of all resources and membership contact details is maintained and available to key partners and emergency services during a fire incident. The GCFPA is responsible for the management of two Working on Fire bases, which ensures the employment of over fifty participants in the region. The GCFPA is, therefore, an active agent to roll out the Expanded Public Works Programme. These teams are at the disposal of our members at a minimal fee for fire-related work and are therefore an additional resource to your property while your farm workers can continue with farming operations. 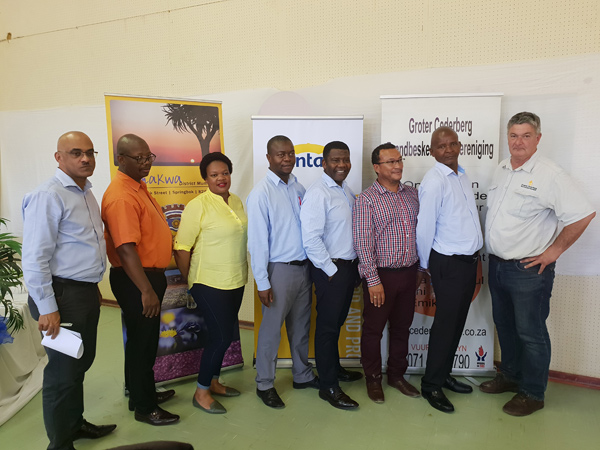 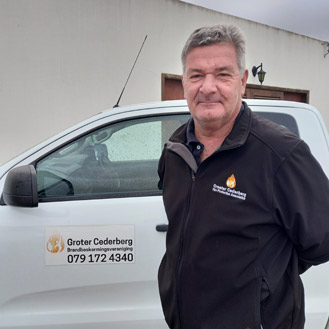 Charl holds a National Diploma and National Higher Diploma in Nature Conservation and has 17 years’ experience in conservation management on statutory conservation areas, as well as on private and communal properties.
He was previously the manager of the Cederberg Wilderness, a World Heritage Site, for 12 years. During this time he gained an in-depth knowledge of long and short term strategic biodiversity conservation planning and implementation issues. He compiled various integrated action plans that focus on the implementation of conservation issues with timeframes and budgets. He did this not only for CapeNature but also for private landowners within conservancies. Within this Wilderness and surrounding conservancies and communities, Charl was also responsible for the management of staff and contractors, and the management of ecological systems and processes that include: invasive alien plants, veld fire, footpaths, erosion, water systems and wetlands, rehabilitation, infrastructure development, maintenance, research and monitoring.

He was involved in the Greater Cederberg Biodiversity Corridor from 2004 to 2008, acting as a negotiator and establishing a network of privately and communally owned contract nature reserves.

He was also part of the team that completed the 20-year stewardship strategy for CapeNature in the Greater Cederberg Biodiversity Corridor.

Since 2008, Charl has been the General Manager of the GCFPA, focusing on strategic Integrated Fire Management in the region that comprises of fire preparedness, wildfire reduction, the implementation of risk mitigation action plans and strategies, stakeholder engagement and the day-to-day management of the GCFPA. 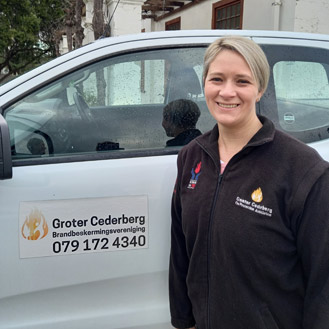 Marietjie started her working career in the administration office of a pharmaceutical company in Citrusdal, where she was responsible for dispatching medicines to various pharmacies while doing online and part-time studies in the beauty industry. In 2004 after receiving diplomas for multiple sectors in the beauty industry and then joined a salon in Citrusdal, where she also met her husband and then moved to Porterville years later.

Marietjie joined the GCFPA in 2014 and has since developed an immense passion for the wildfire industry, participating in various training courses such as the Incident Command System, Radio Communication, Media Liaison, and Office Management and Administration. These courses and her previous experience provides her with the capacity to fulfil her current position as the GCFPA’s Operational Support Officer based in Porterville.

She is responsible for all the office administration, daily support to the operational staff, communication with members, awareness activities, social media and data management.

Her caring nature and passion for her work in the Integrated Fire Management industry and with our members is making a valuable contribution to the success of the Greater Cederberg Fire Protection Association. 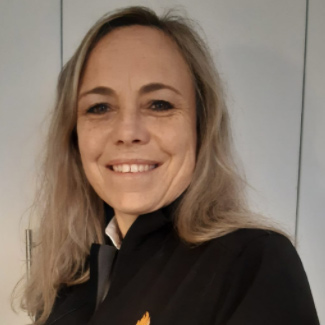 Jacomien matriculated in 1991 and obtained her Higher Education Diploma at the University of Potchefstroom in 1995. She currently teaches Life Orientation and Business Studies to grade 11 and 12 learners at Hopefield High School.
Jacomien is a registered tax practitioner and enjoys the world of finance.
She joined the GCFPA in 2010 as the financial officer. Since then, she has been responsible for the finances of the GCFA, which includes responsibilities such as invoicing, payments and financial control over expenditure.
Jacomien loves running, nature & sport. She is married to Pieter, and has three boys that keep her on her toes. 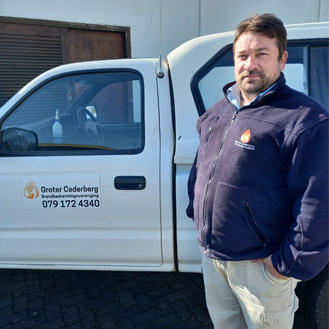 Edrich was born and raised in a small Karoo town, Steytlerville in the Eastern Cape. He matriculated in 2000 at Uitenhage. He worked for Volkswagen for ten years until 2015.

His search for new challenges led him to the GCFPA team. Edrich became part of the GCFPA’s management team as a Working on Fire / GCFPA Base Manager in Porterville in February 2016 until 2018. During this period he was overseeing the Porterville WoF team and gained experience in production and fire suppression operations. At the end of 2018 Edrich was promoted to his current position of Area Manager.

Since 2018 he has attended various training courses such as Initial Attack Fire Boss and Incident Command System (ICS). In his current capacity as Area Manager, he is responsible for engaging with landowners and for providing extension services to reduce their fire risk to protect lives, livelihoods and biodiversity on these properties. He is actively involved in the implementation of fuel load reduction activities and the management of significant incidents, such as wildfire suppression operations, in collaboration with other stakeholders and GCFPA members. He is further responsible for the initiation and implementation of fire readiness and risk reduction activities on members’ properties by compiling Integrated Fire Management Plans, and increasing awareness and education levels with stakeholders, members and the WoF teams.

He can be contacted at 022 931 2083 (office hours) or alternately via e-mail at edrich@cederberfpa.co.za 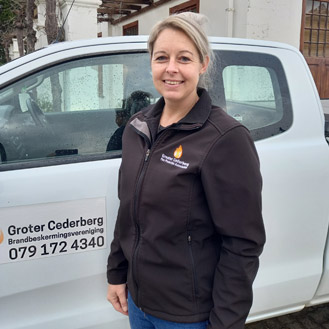 Engela, originally from Porterville, has been working for the GCFPA since 2014 as the Project Coordinator for the Working for Water Project, where she has managed the project and teams to establish firebreaks on private and communal properties to reduce their risk of the accidental start and spread of veldfire.
She became the GCFPA Area Manager in 2018 where she is responsible for the engagement with landowners, and to provide extension services to reduce members’ fire risk – to ultimately protect lives, livelihoods and biodiversity on these properties. She also provides advice in the clearing of invasive alien plant species to reduce fuel loads in the domain.
Since joining the GCFPA in 2014, Engela has completed the following courses:
Health and Safety Representative Awareness Course
Community Risk Reduction – Fire & Life Safety
Veld Fire Risk Analysis
Radio Communication Course US-376883
Initial Attack Fire Boss
Incident Command System: Division/Group Supervisor Course, which included: US 123231 (manage a crew during Wildfire Suppression) and US 123232 (lead a strike attack force to contain or extinguish a fire.)

Engela has a passion for her work and is committed to making a difference in the Integrated Fire Management activities within the GCFPA domain and with its members. Engela can be contacted at 022 931 2083 (office hours) or via email at engela@cederbergfpa.co.za 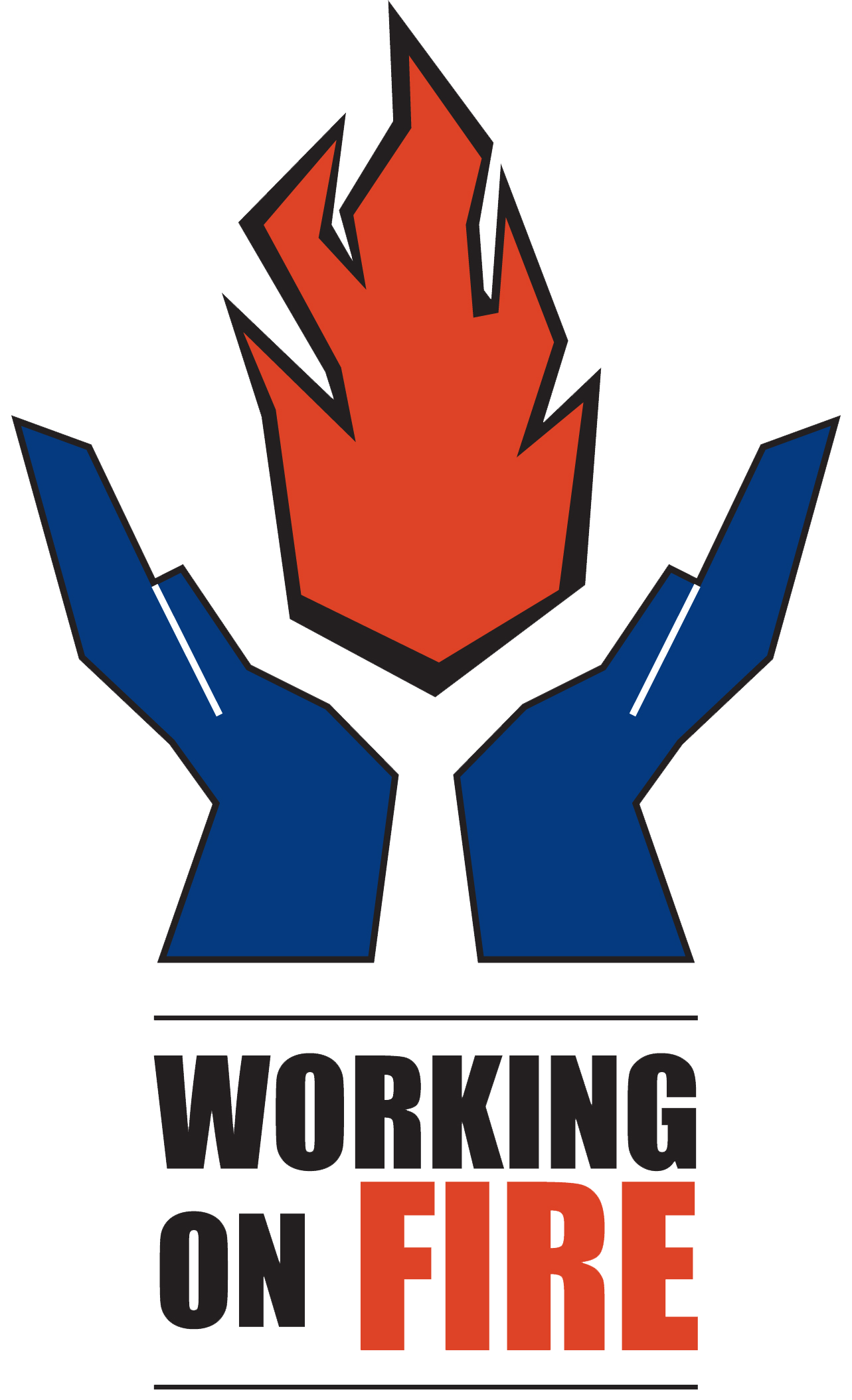 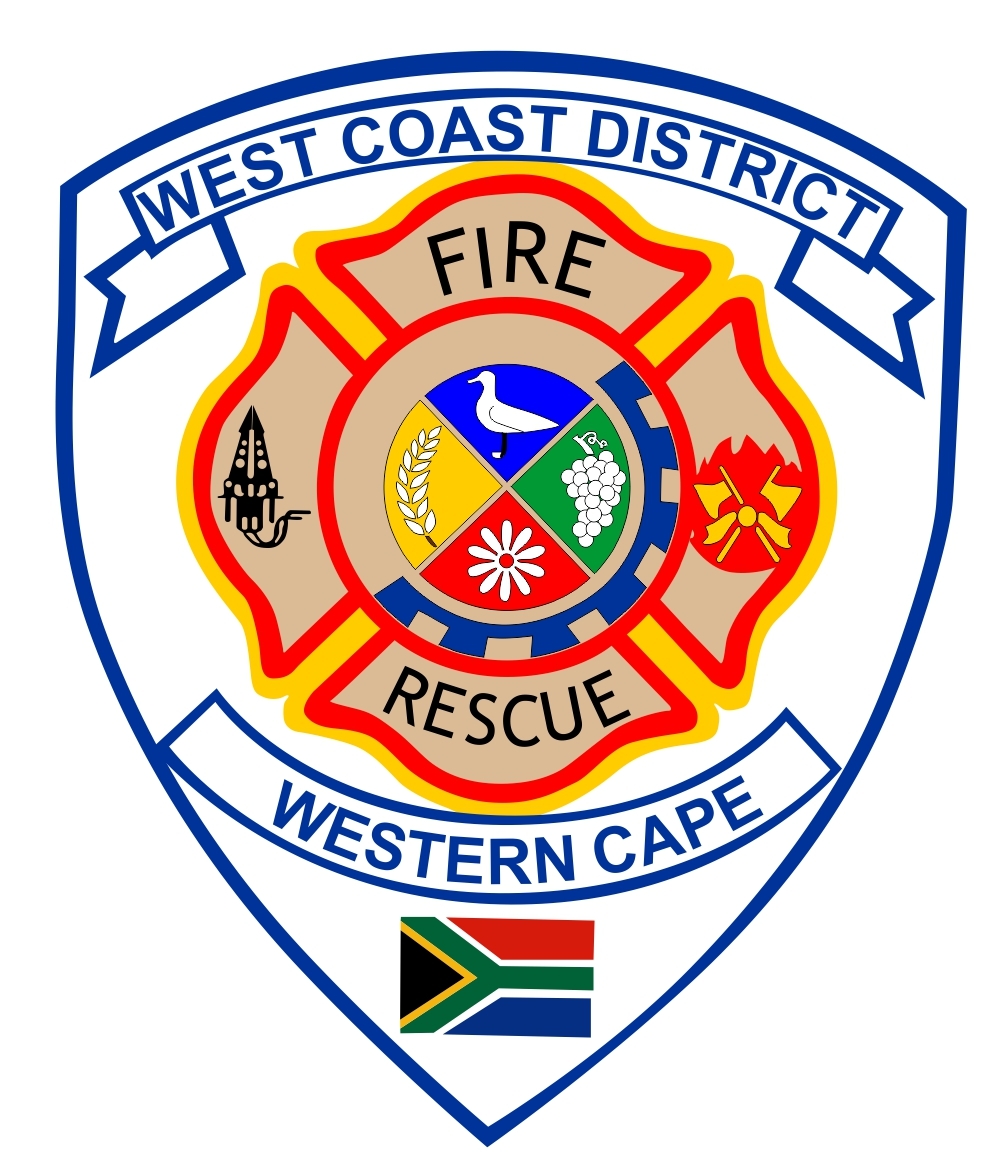