What’s happening to the weather in the Western Cape

What’s happening to the weather in the Western Cape?

People living in the Western Cape are used to extreme weather. Blustering south easters in summer that can blow for weeks on end, the famous “Black South Easter” that creates the iconic “table cloth” on Table Mountain, and the ridge of clouds hugging the length of the Hottentots-Holland Mountains in the Boland. Temperatures soar into the high 30’s when the wind drops, and fire weather warnings predominate our news media.

These hot summer extremes are countered in winter by chilly, wet weather when cold fronts driven by north westerly winds storm across the Cape. Our cousins in the Southern Cape, still part of the Province of the Western Cape, experience slightly different weather patterns. The Garden Route and Southern Cape interior lie in a transitional zone between the winter rainfall and summer rainfall regions of the country and, as a result, experience a little of both climatic characteristics. Berg Winds can raise the temperatures to above 400C in the middle of winter, and it is not unusual for those in the Garden Route to be fighting veldfires, while people in Cape Town have to contend with flooding as another cold front lashes the Cape. The folded mountains that run east to west parallel to the coast also determine Garden Route weather.  With just a slight change in the temperature of the Agulhas Current off the coast, the weather changes almost instantly. This changeability in the weather has prompted a resident to remark, “If you don’t like the weather in George, well, wait for another 10 minutes!”

Our landscape, shaped by our climate, is just as diverse. Extremes range from the cold, dry western coastal regions, to the moist, unpredictable forested regions of the Southern Cape.

But something has changed lately – or has it?

Those who watch the weather closely, and particularly those that measure rainfall as a hobby, would, for this past fire season from October 2013 to April 2014, have noticed an uncharacteristically high pattern of rainfall.  A study of the data supplied by the South African Weather Services indicates that for this period, rainfall exceeded the norm by anything from 200 to 1,000 % throughout the Province. Those weather watchers wishing to see for themselves just how staggering the data is need only navigate to the following web site http://www.weathersa.co.za/climate/historical-rain-maps, courtesy of the SAWS.

Personnel involved in the field of veldfire management are used to a summer season of firefighting as veldfires spread throughout the mountains and the fynbos vegetation. This season was very different. Tony Marshall, Programme Manager for fire in CapeNature, indicates that this past season has seen less than half the number of fires experienced in previous years. Not only that, but the area burnt made up only 10% of the area burnt during the previous fire season (2012 / 2013). Tony is cautious though to ascribe the mild fire season to only the rainfall. There are, he says, a number of factors that could have contributed. Much of the protected land managed by CapeNature is comprised of young veld that has not yet reached maturity. Staff have been trained, and are equipped, to respond rapidly to wildfire ignitions in these sensitive areas. They are ably supported by the Western Cape Disaster Management and Fire Brigade Services’ aerial response initiative, that this year provided fixed wing aerial bombers which have proven to be highly effective in rapidly assisting ground crew to prohibit the spread of wild fire ignitions. Furthermore, the establishment of active Fire Protection Associations throughout the entire Province means that there is increased awareness among the public, and in particular, landowners. There are more firebreaks and people are starting to take the management of veldfires more seriously.

So, just how unusual was this past fire season?

A study of previous records spanning back to the middle of last century, does indicate that some seasons are “quieter” than others. There appears to be a repeat of “quieter” years on a cycle ranging from 7 to 10 years. But just how variable this last season has been would require some in-depth study.

Our global climate is driven by what is known as the El Niño-Southern Oscillation (ENSO). The ENSO cycle describes the fluctuations of ocean and atmosphere temperatures in the Equatorial Pacific.  La Niña, sometimes called the cold phase, and La Niño, the warm phase, are conditions that alternate in the Pacific Oceans.  Deviations from the normal sea temperatures have major impacts, not only on the oceans, but also on global weather and climate.  Studies of the ENSO are extensive and, as scientists point out, extremely complex.  Strong El Niño episodes have been associated with “below rainfall years”, and according to climatologists, we are heading towards an El Niño phase right now.

So what does all this mean for the coming 2014/2015 fire season?  Scientists tell us that it is difficult to forecast climate during the transition between El Niño and El Niña phases.  Indeed, some have even claimed, it is this very transition that has accounted for the extreme rainfall experienced during the hot and dry summer months.  A quick look at the SAWS rainfall figures indicate that the rainfall measured in the Western Cape for the winter months is still above the norm, albeit not as severely as in summer.

What has become apparent to climate watchers throughout the world is that we are experiencing more extreme weather events.  That is, winds and rainfall and temperatures that are all well above, or below the norm.  This ties in well with the predictions made by scientists about climate change.

The message thus is simple – expect more of the same.  The El Niño phase is associated with higher than average temperatures, and drought conditions are expected to prevail over much of the continent.  By all accounts the coming fire season will be back to business as usual and landowners will do well to follow the fine example set by institutions such as the FynbosFire Project and various nature conservancies to prepare for the fire season in advance.  It is advised to join up with the local Fire Protection Association and to ensure that your property, if exposed to veldfire conditions, is safe.

Winter is normally the time to start planning for the fire season.  This is when managers and staff undergo training and conduct audits on their equipment to ensure that they are prepared for the inevitable.  The fact is, there is nothing we can do to change the weather this coming fire season.  What we can do however is prepare for the veld fires that are associated with the Cape summer.

Like Mark Twain is alleged to have said some time ago, “Climate is what we expect, weather is what we get’.

Zane Erasmus trained as a forester and later as a nature conservator at the Saasveld College of Forestry. He has spent 43 years working in predominantly Mountain Catchment Areas, initially for the Department of Forestry, and in more recent years for CapeNature. He is currently semi-retired and lectures part time on Fire Management subjects at the Nelson Mandela University. 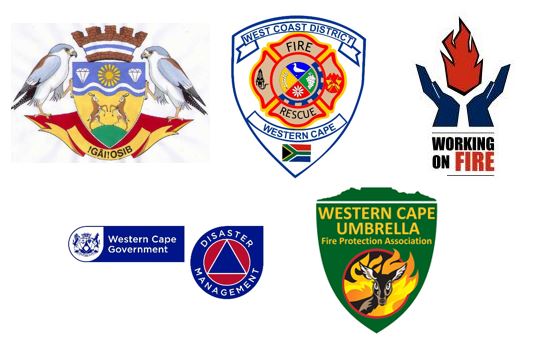